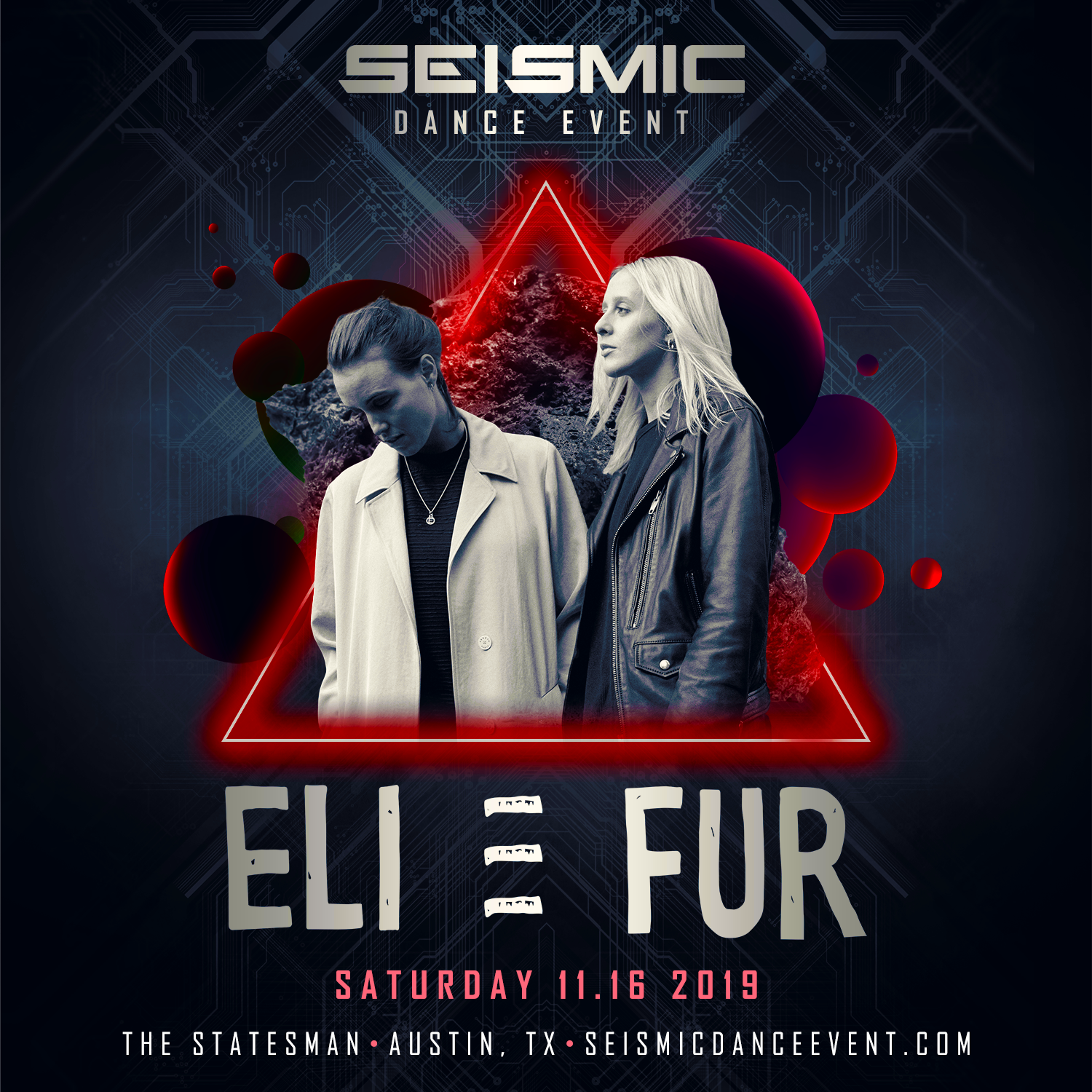 Since their debut release in 2013, Eli & Fur have been perfecting a sound built around infectious melodies with deep driving bass lines topped with their distinguished brooding vocals. Their sound has developed into something unique and has earned them respect from some of the biggest names in the industry.

The duo’s first release, ‘You’re So High’ reached Number 1 on Hype Machine and has since racked up over 20 million plays online. ‘Seeing is Believing’ saw the girls collaborate with Shadow Child, ‘Feel The Fire’ came on Anjunadeep followed by ‘Your Eyes’ which saw them team up with Beatport in the first ever Artist Partnership on the streaming platform. Their ‘California Love’ EP dropped in November 2015 & supported by their North America Tour it undoubtedly was the motivation behind such a connected & embracing audience. 2016 & 17 saw further collaborations with OC & Verde, RIVRS, Chase & Status, Tâches & Forrest as well continued releases on their own imprint NYX Music.

The girls rolled out 2015 with a Thelma & Louise inspired tour through North America. Documenting every step of their 15 date tour with Go-Pro, taking planes, train, automobiles and boats; dropping into radio stations, studio sessions, TV networks and clubs along the way. It was an unusual way to approach the US market but a life-time dream inspired by two of the coolest women ever to grace the big screen. The end result is the self-made video for California Love.

In recent years Eli & Fur have achieved continued success; notably Eli & Fur were awarded with the PRS Momentum fund in partnership with England Arts Council & Spotify. Not only a nod of approval from three of the most influential organisations in the business but an injection of funds at a crucial point to go towards further recordings. 2017 saw them take up residency at Red Bull London Studios. A privileged and sought after opportunity that gives Artists residential access to one of London’s most prestigious studios.

Their touring gained huge momentum in 2016/17 with some key look shows playing alongside the likes of Carl Cox at his infamous Space Ibiza residency as well as his personally curated line-up of the Mega Structure at Ultra Music Festival, Miami. Continued support came from Ushüaia’s notorious ANTS, Miami’s Resistance, Nic Fanciulli’s Social Festival, Manchester’s Warehouse Project, Berlin’s Kraftwerk and Circoloco’s first ever event in Los Angeles. Not to mention their widely ac