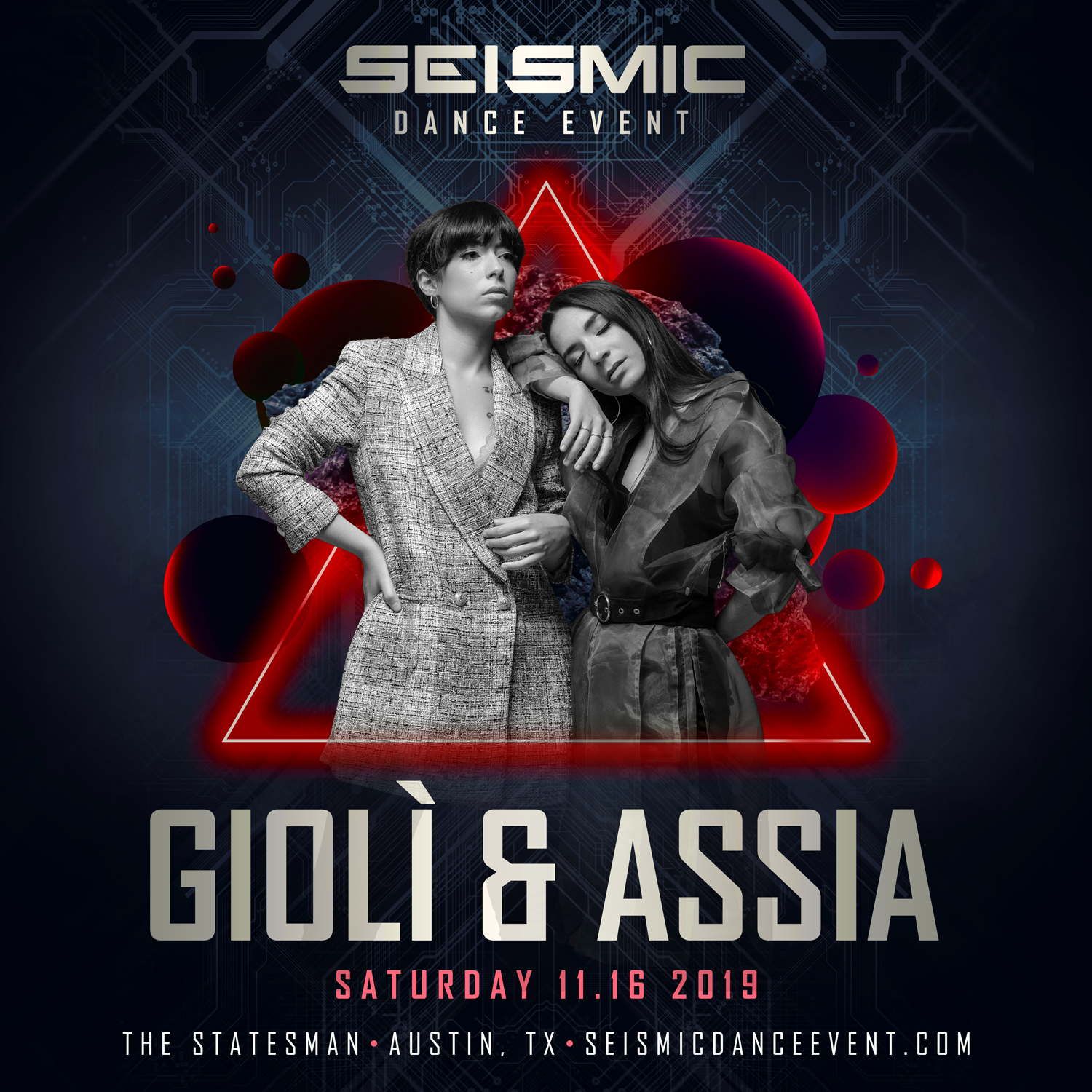 Giolì & Assia, a duo composed of two young Italian artists, musicians, producers and Live Act.
They begin their journey as a duo in 2017, running their own record label Diesis Records,
releasing several singles and, in 2018, two albums called “Istantanee” and “Night Experience”.
Their music touches different musical genres, and ranges
from electro / indie pop to afro house, always accompanied by the voice of Assia and the different
instruments played by Giolì, lately they Handpan,
is one of the most frequent and recognized elements
in the duo’s productions. Resident in Ibiza in the summer of 2018,
in the biggest club in the world, “Privilege” , the duo touches
many international stages, in clubs and festivals around the world.