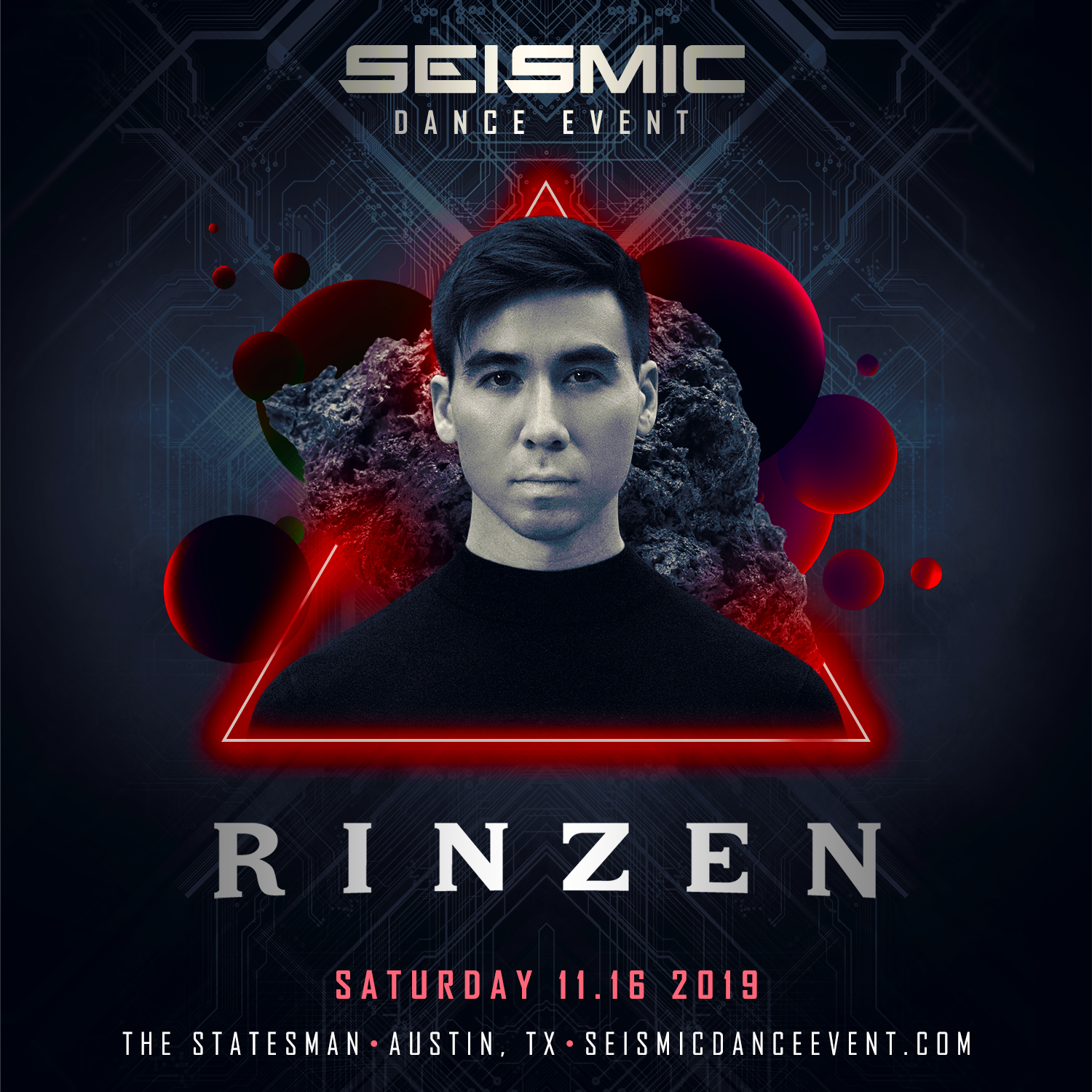 Rinzen is an electronic artist out of Los Angeles seeking to create entire worlds with his music. Rinzen combines cinematic sound design with forward-thinking house and techno production to create something that is downright awe-inspiring.

Rinzen is an electronic artist from Los Angeles seeking to build entire worlds with his music. Dedicated to the pursuit of wonder, Rinzen combines cinematic sound design with forward-thinking techno production to create something that is downright awe-inspiring.

Rinzen began in January of 2017. In the time since, he’s become a rising figure in the global electronic scene, with a slew of releases on deadmau5’s iconic mau5trap imprint. Meanwhile, his otherworldly club tracks have found their home on many of Europe’s most sought-after underground labels: everyone from Berlin’s Steyoyoke to London’s Chapter 24 Records.

Rinzen is perhaps best known for his concept EPs: a variety of innovative releases which find the producer crafting immersive, narrative-based worlds. His EPs have lauded by everyone from Mixmag to Billboard, with the latter hailing his debut concept EP, Forbidden City, as “a sonic exploration of human depth.”

As a performer, Rinzen looks to curate a cinematic journey with every set. His otherworldly approach to DJing has thus far taken him to many of the world’s most coveted stages: everywhere from London’s legendary Printworks to Fabrik in Madrid.

In 2019, Rinzen has been hand-selected by Mixmag to be part of Magnified series: a new initiative highlighting up-and-coming electronic artists around the world. With recent debut performances at Ultra Music Festival, EDC, and Desert Hearts, Rinzen’s otherworldly vision for his music is only just beginning to unfold.